Skewd Kitchen is an award-winning, fine dining Anatolian restaurant and bar in Cockfosters, that is redefining Turkish cuisine through its use of specialist ingredients and modern and innovative cooking techniques.

Run by Executive Chef Maz Demir, the Skewd Kitchen menu is influenced by the cultural heritage of Anatolia, a region which encompasses Turkey, the Eastern Mediterranean and the Black Sea. Many of Maz Demir’s recipes were passed to him by his Turkish mother, but Maz Demir combines traditional and innovative cooking methods with unique ingredients to update this cuisine for a contemporary London audience.

Aiming to redefine Turkish cuisine, The Skewd Kitchen menu incorporates a range of specialist ingredients, from American hickory, used for smoking meats, to the finest Wagyu Beef, sourced directly from Japan, which is served in the special Adana Kebab instead of the traditional lamb.

Maz Demir uses the very best of traditional and contemporary cooking techniques. Many of the dishes on the menu are prepared using the authentic method found in Turkey on a large open pit charcoal (Mangal) fire, whilst innovation runs through much of the menu.

The menu is designed for social dining, with a choice of meze, grilled meat, fish and vegetable dishes, stone oven baked options, salads and decadent desserts. Guests can mix and match from a selection of cold and hot meze plates. The cold meze dishes include a variety of dips, from the colourful Beetroot Tarator to the Smashed Eggplant, made from a blend of Aubergine, Kapia Peppers and Tahini. 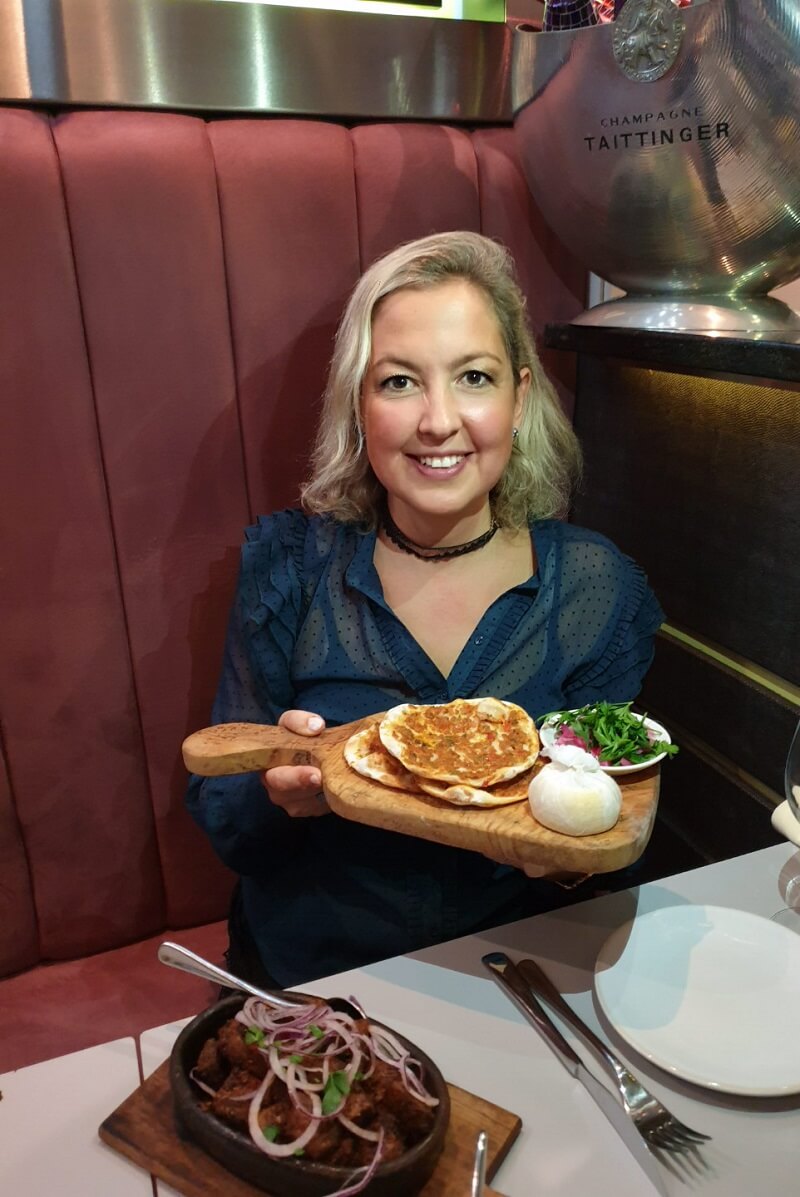 For mains, guests can choose one of the Hot Coal Productions plates. A dish of either meat, vegetables or fishes cooked on the charcoal fire. Diners can choose from a number of options, including the Lamb Shish Fillet, marinated Chicken Wings and the Ocean Kebab, featuring Wild Alaskan Salmon, Monkfish, King Prawns & Octopus with Fennel, Pomegranate, a Sumac Salad & Raki Fermented Grapes.

There are also options from the Stone Oven. Each one served with Turkish flatbread and the Shepherd Salad, which combines Tomatoes, Cucumbers, Red Onions & Fresh Parsley with Olive Oil Sumac & Pomegranate Molasses. From Diced Lamb or Chicken served with Shallots, Bell Peppers & Parsley to the Classic Pide. This is a filled Turkish pastry topped with Kashar Cheese & Cherry Vine Tomatoes.

A range of alcoholic and non-alcoholic drinks are available to complement the menu. These include a selection of Turkish white, red, rose and sparkling wines, Champagne, as well as spirits including Brandy, Vodka and Whiskey. Soft drinks are available, along with freshly squeezed juices, Turkish teas and coffees.

Skewd Kitchen and Maz Demir has won a number of acclaimed awards including the following:

‘Best Fine Dining Restaurant’ at the British Kebab Awards in 2019

‘Restaurateur of the Year’ at the British Kebab Awards in 2014